When I started this site back in 2006 I had little idea where it would lead. I assumed that it would get only a few million hits a day and from it would come book, TV and movie deals, stints on chat shows talking about whose grand-daughter I slipped a length to this week, and probably a knighthood. Little did I know how far from the truth that would be.

However, 2009 beckons and as it does, so does this, the 250th story on the site. Therefore without further ado Jimmy Carr brings you the "Surreal Scoop Clip Show" aka "Best of Surreal Scoop 2008", aka "Top 50 Stories From An Arbitrary Date Range".

So, without further ado, he charges by the hour, take it away Mr ... Jimmmmmmy ... Caaarrrrr!

Thank you everybody, JC here, it's great to be on this site, programme or newspaper article!
January
The year started well, what with the hilarious Norovirus leading to a load of references to defecation and breaking wind as Britons felt the heat down under :-

"The clean up crews need to be given a fighting chance. It’ll take more than a few squirts of Oust to shift that lot," muttered Professor Billingsworth. "Oh Jesus, not again," he added." 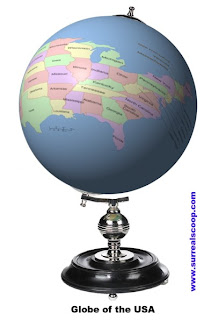 But on a lighter note there was a heart-warming tale of a quest for the truth from the Pakistani investigation into a high profile assassination:-

“We needed more experience, maybe more forensic and technical experience that our people don't have,” said President Musharraf. “Most of the education in my country takes place in madrasas, but there the students only learn twisted interpretations of religion, their real-world science knowledge is literally medieval. So even a British child and a second-hand chemistry set off eBay would be a great help.”

As Christmas died down and people headed for the sales there were the two surprise best-sellers for children in the form of the re-launched Re-hab Sindy and the Globe of the USA.

February
The month known to the enlightened Victorians as "The one after January" saw political upheavals and the start of the credit crunch when it was announced that after a long illness Cuban President Fidel Castro was to step down and take over at Northern Rock.

"Insiders within the Cuban regime said that Fidel had been planning his move to Tyneside for some time, indeed for the last 18 months he has only been seen wearing a tracksuit having signed on sick to avoid work." 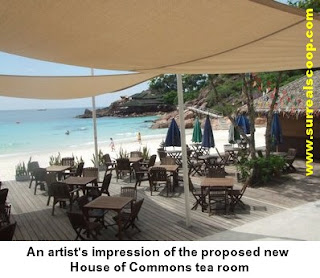 Finances were again in the spotlight when Sir Paul McCartney's divorce hit the news, amid the revelation that McCartney had offered to conduct the settlement under Sharia Law.
The two, finance and politics, were brought together when, amidst allegations of corruption, MPs voted to move the House of Commons to the Virgin Islands.

"I have asked many MPs and taken some advice from my accountant and all are very much in favour of moving the House of Commons to the British Virgin Islands," said Tory MP, Derek Conway. "It is a shame I am having to stand down over my financial dealings, as it would open up a lot of opportunities for my constituents in Old Bexley and Sidcup who have not yet worked in an overseas tax-haven. Such as my wife and sons."

March
Healthy eating become the big news topic in March, with Delia Smith launching an even more basic "How to Cheat at Cooking" sequel.

"When you are in a rush don’t be afraid of canned ingredients, they are something you can just get out and they save loads of time," she said. "After a hard day and a head long rush to the ground in time for kick-off I find that a can of Tennent’s Super on the bus acts as a good relaxer."

"What is clear is that a person's susceptibility to LRDY is directly related to the production of the protein responsible for the American accent," said Billingsworth."

April
April is typically a time for hilarious spoofs and side-splitting parodies. So there were no stories on Surreal Scoop.

May
There was nothing happening in the world in May, which is why I am having to use some of my own material. But then I am an expert at filling out these list shows :-
"I was probably reading the autocue on that show, '50 Things To Do Before You Die' when It occured to me that the obvious one was 'Shout For Help'."
June
Surreal Scoop was back on top form in June with the news of a Rare Sighting of an Office Ninja.

"For many people the only time they may see such a rare specimen is when one of the older Office Ninjas is eventually made redundant, although this normally happens many years after they have actually stopped working."

July
I have never met Ei2g, the author of this site. After all he can pay me by bank transfer whilst I am reading the autocue on 'Top 50 Cheese Night'. However he tells me that he is often mistaken for Radovan Karadzic. Well I am hoping that Ei2g is not the victim of mistaken identity in the first steps to ridding the world of evil practices, or I won't get this gig next year - so to keep him sweet - some more from me, Jimmy Carr.
"Old Radovan is accused of war-crimes and setting up concentration camps, my Grandad died in a Nazi concentration camp, he fell from the watch tower."

August
More hilarity ensued as hundreds of people panicked and were in fear for their lives when a Ryanair plane actually made it into the air.

"We are pleased to announce the introduction of services to Barcelona Limoges airport in central France," said Mr O'Leary. "Limoges offers travellers the opportunity to visit the heart of rural France and sample transcontinental rail travel and an overnight stay on their trip to one of Spain's leading cities. This makes it by far the most convenient of Ryanair’s direct flights."

But of course it was the Olympics that took centre stage, with the news of the Faking of Boris Johnson and the promise that London 2012 can beat the opening in Beijing which only had one stabbing :-

"There will be a colourful display of synchronised vomiting and the massed ranks of pushchairs being prepared for the ‘Parade of the Teenage Mums’ will be a sight to behold," explained Lord Billingsworth. "All over the world, hairs will be raised on the backs of viewer’s necks by the chanting of the Islamic Fundamentalists and those in the stadium will leave into the dead of night with their spines tingling after the macabre ‘Cabaret of the Hoodies’." 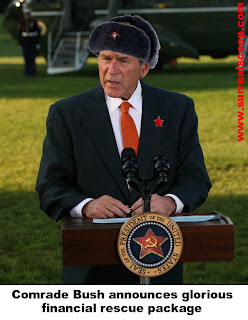 September
As the credit crunch bit home hard, Russia felt short-changed after bankrupting itself during the Cold War only to see America give up and just became a communist nation after all:-

"This, comrades, marks a glorious revolution and a new birth for the United Socialist States of America," he said. "No longer will multi-millionaire capitalists be kept awake at night by the threat of having to cancel their caviar orders. I am commanding each and every hard working American to rise up and underwrite every single dubious and morally hazardous decision
that they have made," said the President sporting a new red-star lapel pin-badge."

But the world (well as seen through Surreal Scoop - I don't understand the fixation with men with big helmets) was really obsessed with the ongoing difficulties that Formula One was having in ensuring Ferrari won. :-

"The Ferrari Driver’s Club was very disappointed to find other cars on their regular parade route. Not only that but these cars appeared to be racing and repeatedly overtook them at alarming speeds," explained the FIA representative and keen whip enthusiast."

Ah yes, and Surreal Scoop hailed the latest and greatest F1 talent ever.

October
Not much happened in October, there was something going on about Sat-Navs and outdated references to public figures. Ei2g should really buy a copy of heat magazine and keep-up. But Michael Jackson was denying a desire to get in touch with himself as a child and reform the Jackson 5. So as I am a pro something from the Carr Archive (that'll be an extra £34 plus VAT).

"I'm not saying Michael Jackson is guilty. But if I was a billionaire paedophile, I’d buy a funfair for my back garden."

November
Seems bugger all happened in November. No wait, just at the last moment a story happened to combine modern classics describing the Brave New World and wanking :-

"Given the number of sperm in the average ejaculation we actually only need one donor to populate Britain with citizenry of the right calibre for generations to come," said Bokonovsky. "And many people think Number 10 is occupied by an iconic wanker." Well here we are at last, at the end of the year. Which is handy as a car is here waiting to take me to the Buckinghamshire Best Mortgage Sales Advisor Awards for a corporate I am getting £15k for. Just time to list out a story about Barack Obama being British and new devices for disinterested parents.

"I developed the 'Climbié Pole' after I realised that my young son was just pissing me off during 'I'm a Celebrity' and not yet being ten wasn't old enough for me to send out alone to the off-licence," explained entrepreneur Karen Billingsworth of Matthews Parenting."

Thank you Jimmy! An excellent run down, with no references to big-boned skeletons or being forced to dress up in women's clothes - so no internet searcher will find this!
There is just time for one small piece of breaking news about the situation in the middle east. The United Nations has announced that Israel's relentless bombing of Gazza is disproportionate. After all he did was get drunk, beat his wife and release a dreadful record about the fog on the Tyne.
at January 01, 2009