The beloved Prime Minister of the UK, in collaboration with the self-appointed Deputy PM, the leader of the opposition and a well funded lobby group of concerned victims of unspeakable outrage, have approved the creation of a regulatory body to ensure that the press is free to print only the truth.

In what was a clear victory for the Conservatives the Liberal Democrats the Labour Party Hollywood celebrity fronted Hacked Off victims of scurrilous press intrusion no one everyone there will now be a new body formed via a Royal Charter, that will ensure that corrupt politicians hard working public servants and intoxicated, weakly talented celebrities in rehab who give up their time for charitable efforts can conduct their lives reading only plusgood messages about themselves. 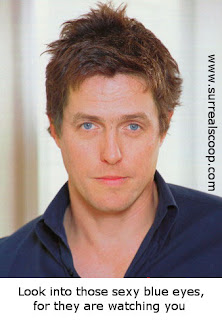 “It has become apparent, over the very recent hundreds of years of the free press in the UK that some journalists have been stepping outside of acceptable behaviour,” said the Prime Minister. “They have conducted in bribery, unauthorised access to communications systems and contempt of court. Actions which are only covered by existing bribery, communications and contempt of court laws. Therefore we need the state to have more powers to ensure that they don't break those laws again.”

There will begin an education period for the Proles to ensure that they understand that the radical adoption of press regulation risks the ability to speak truth to power there will be no change in their freedom and that they will continue to be watched over cared for benevolently by un-necessarily elected, graspers of power hard working public servants.

“It's horrifying, all those papers I was forced to buy to read all that intriguing speculation about whether that bloke with the mad hair, or that couple of doctors, had been murdering people. It's good to know I won't be forced to buy that stuff again,'” said Winston Citizen Billingsmith. “These new laws to stop bribery and hacking and so on will be thought through carefully, of course, to ensure that we still find out which celebs have been shagging.”

Inner Party members such as politicians and celebrities have welcomed the proposals, especially the ability for those media that do not sign up to the new regulatory body to have to incur all costs of litigation, even if they successfully defend their cases. On the other hand some disloyal members of the press have expressed concern at not being present at the late-night negotiations that took place in Room 101 of the ministry's Victory Square building.

“At no point has the press been excluded from a process in which we did not let them take part. Their voices have not been ignored, since we didn't ask their opinion,” said Nick Clegg, the self-appointed Deputy Prime-Minister treacherous twat.

I couldn't get to the point of the all the story that was made up but now after reading this I have got the point. Well I hope that this doesn't turns out to be very strict for the people neither for government.

Excellent and nice post. It will beneficial for everyone. Thanks for sharing such a wonderful post. tik tok video