Agony Aunt - “I am a closet cross-dresser” 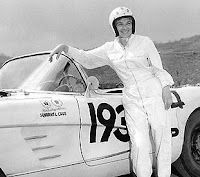 Fiona, the world’s fastest Agony Aunt is here for you! With the help of her team of counsellors and sex therapists she’ll answer sexual, relationship, emotional and family problems for all ages.

Dear Fi,
I am a middle-aged family man with a secret. For many years now I have been secretly cross-dressing in women’s clothes. I have a small collection of dresses and shoes which I sneak onto business trips etc so that, when alone in my hotel room, I can dress as I feel I should and I can be myself. However despite society being so much more tolerant and liberal I can’t yet face going out in public.

First of all though I need your guidance as to how I can tell my wife and two darling children.
Yours,
Martin,
Norwich

Dearest Martin,
Most of us put on a performance to convince the rest of the world of something that, deep down inside, we know isn’t true and your transvestism is just another case. Take Red Bull Racing, for example. Whilst they may pretend that they are in fact an Austrian F1 team they are based in Milton Keynes and have been since 1996 when they were formed as Stewart Grand Prix, before passing through Jaguar to RBR.

So, just as Force India claim to be from the sub-continent but have been based in Silverstone since 1991 as Jordan, you wish to dress up as woman to reveal how you really feel about yourself. So I say go for it. Surprise the wife and kids at breakfast to find you in a nice casual summer dress. Don’t forget to shave your legs!

If you want to take your transformation further, perhaps, progressing towards surgery and finally becoming a woman, then take your example from Mercedes. They dress their car as German in their Brackley, England base, but they have no shame in grabbing their throbbing powerplant from just up the road in Brixworth and using it as a stressed member.
Auntie Fi
at January 16, 2012

This article is so indian

Everyone performs a certain role they want. It is the main subject of MyAssignmentHelp.com review. The main point expressed there is that we shouldn't limit ourselves in search of acceptance by society.