Details are being released of the long expected move by Google into the consumer electronics market with the highly anticipated gPhone. Initial specifications reveal that the phone will be coupled with Google's industry leading technology in the provision of targeted advertising and placing context sensitive adverts directly into a conversation in the form of audible 'calls to action' in exchange for free voice calls. 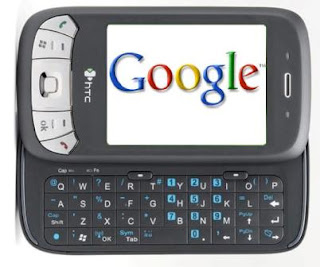 “Having had a chance to play with a prototype I think it is clear what Google's intentions are but by using their web technology they risk transferring existing problems across to the new platform,” said technology pundit Mr Bloggy.

Below is a sample transcript from a test conversation on the gPhone prototype and the manner of Google's interactive advertising.

Mr Bloggy : “I am on the train, just going past Denmark Hill”

Sally : “You are on a plane, I thought we were going for an Indian tonight?”

Mr Bloggy : “No, that was the new phone. I am in South East London! Just a couple more stops then home, I am starving!”

Automated voice : “Public Service Ads by Google : Press 1 to help the millions of children who will go hungry today.”

Mr Bloggy : “Don't be silly! It's this phone I am testing, it's a right pain in the arse.”

Automated voice : “Ads by Google : Did Jesus exist? Press 1 to find out!”

Sally : “That phone really does sound like a load of crap”

Automated Voice : “Ads by Google: Press 1 to press the fart button. You know you want to.”

The gPhone has experienced delays due to the complexity of performing contextual analysis of billions of text messages and free text messaging is a feature many analysts feel will be missing from the initial versions of the phone.

“Google has experience of search in over 150 languages including those that use non-Latin alphabets,” said Mr Bloggy. “But they have struggled to make any sense at all of text messages sent by teenagers.”

Three years later, and The Onion brings us the Video version of this technology story:-