Fitch Ratings tried desperately today to get someone to pay attention to them and their incompetent industry by downgrading another prominent country despite worldwide acceptance that credit rating agencies are as effectual as saying “no” to a priest.

“We have to say that we are putting the UK economy on negative watch, do you hear, negative watch. That's important that is,” said Glenn Billingsworth, Head of Alphabet at Fitch to a well attended gathering at the Derby Girl-Guides and Brownies cake sale. “I know the cupcakes do look lovely, but can you just listen – we might move the UK from AAA to AA+! Do you here AA+?” 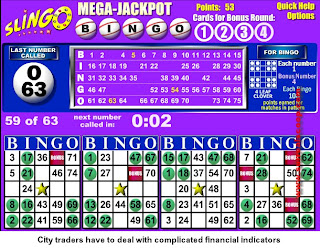 Mr Billingsworth said Fitch was joining in with the other ratings agencies in seeking an audience after being rendered utterly meaningless having failed to spot the AAA rated subprime bond collapse. Similarly Standard and Poor's issued 1000 leaflets at last weekend's St. Luke's church fete in Formby explaining its analysis of the 2011 downgrade of the United States. Moody's said they were watching the market intently and are collecting 10p coins in case they need to make use of the Bexley Library photocopier prior to speaking at the Welling United Bring-and-Buy sale.

After Mr Billingsworth's presentation, and the local parents had finished buying cakes, there was time for a question and answer session:-

Sophie (Brownie 7) : “AA+, does that mean Britain is very good?”
GB : “Yes, it does. Very good indeed. Just not quite as good as AAA. If you have an AAA credit rating you are safe to invest in, AA+ you are still safe, but, well, not quite as safe as AAA which is the safest of all.”

Katie (Guide, 15) : “So what is the point of changing the rating?”
GB: “Well it's very complicated in the world of financial instruments. I am not sure we have the background knowledge here in this lovely, lovely hall to fully cover the intricacies of sovereign debt. But the chance of us downgrading the rating is the important bit, that you should tell your mums and dads about. Negative Watch is the phrase, shall we say it together?”

Mary (Brownie, 6) : “But for years didn't you insist that your subprime Collateralised Debt Obligations were AAA rating even though, for example, the Credit Suisse issue ended up losing investors $125m?”
GB: “Sorry little girl, I can't hear you over that vacuum cleaner. Is that the time already? I really should be going.”

Email ThisBlogThis!Share to TwitterShare to FacebookShare to Pinterest
Labels: economics

These fitch ratings are really surprising to me as well. The question and answer session was so helpful for the readers. It gives the deeper insights about the ratings. thanks.